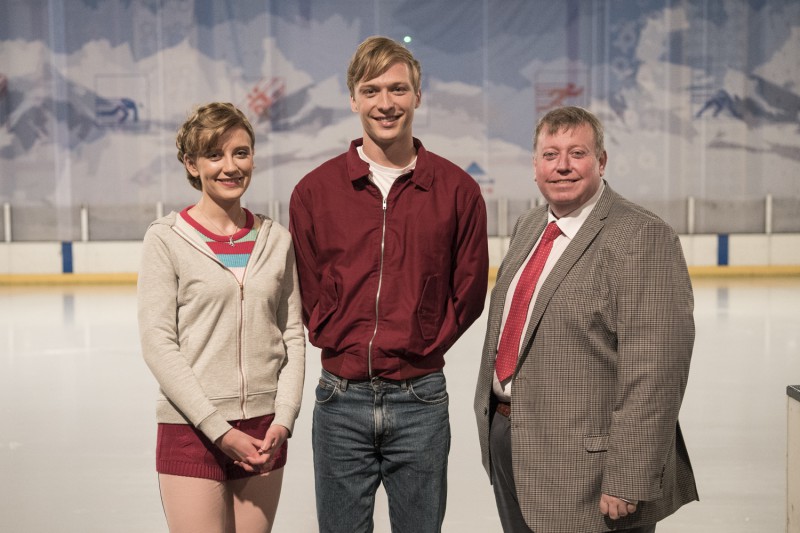 One of Lisburn & Castlereagh City Council’s major sport and leisure facilities, Dundonald International Ice Bowl, is to be showcased to millions of viewers nationwide on Christmas Day as part of ITV’s, Torvill & Dean.

Written by acclaimed film, television and theatre writer, William Ivory (Made in Dagenham), the one-off programme explores the early years and family life of British ice dancing stars, Jayne Torvill and Christopher Dean, and the determination that brought them together to become not only Olympic Champions but ice dancing royalty. British, European, Olympic and World Champions, the ice dancing duo won Gold at the Sarajevo 1984 Winter Olympics after skating to Maurice Ravel’s Boléro with a long program that remains the highest scoring single program in the history of figure skating. Northern Ireland Screen are co-production partners with Darlow Smithson and international distribution is handled by Endemol Shine International.

Featuring Will Tudor (Game of Thrones, Shadowhunters) and Poppy Lee Friar (In the Club, Ackley Bridge) in the iconic roles of Christopher Dean and Jayne Torvill, the Nottingham based feature programme opens by introducing viewers to how Jayne and Christopher were individually introduced to ice skating at a young age and how the two eventually meet and embark on their momentous journey to world success.

Also starring Anita Dobson (Eastenders) as Miss Perry, Jayne’s first coach at the Nottingham Ice Stadium, Stephen Tompkinson (Wild at Heart) as her father and Jamie Winstone (Babs, After Hours) as the instructor who paired Jayne and Chris together, filming took place at Dundonald International Ice Bowl during August with the majority of ice dancing scenes and interior scenes being filmed in and around the rink.

Chairman of the Leisure and Community Development Committee, Alderman Paul Porter said:
“Following the success of Game of Thrones, Dracula Untold and Being Julie, Northern Ireland has become a top filming location for both television shows and blockbuster features in recent years and I am delighted that ITV and Darlow Smithson choose Dundonald International Ice Bowl as a filming location for this must-see biopic.

“Jayne Torvill and Christopher Dean are recognised as two of Britain’s top competitors in the history of their sport and it is fantastic to see a feature length programme commissioned to showcase not only their lives but ice dancing and skating.

“The programme will well and truly put Dundonald International Ice Bowl on the map and as Northern Ireland’s only Olympic sized ice rink open to the public, I hope it will encourage people of all ages to visit the Ice Bowl and take to the ice, whether it be part of a family outing or signing up for ice skating lessons in the Council’s Learn to Skate programme.

“I look forward to sitting down on Christmas Day and viewing the programme with the rest of the nation”, concluded Alderman Porter.

Dundonald International Ice Bowl’s next Learn to Skate programme commences on Friday 11th January, Saturday 12th January or Sunday 13th January and costs £57 for both adults and children. Younger children, ages 3 – 4 years, can also learn to skate for £45.
Previous
Next