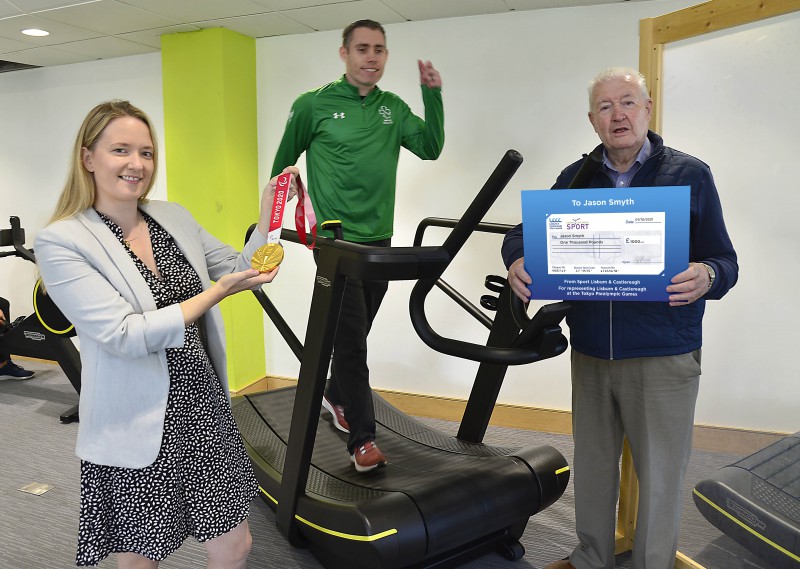 Kurt who is from Lisburn and trains at Canal Boxing Club, achieved a commendable fourth place in the Tokyo Olympic Games. The featherweight quarter final was closely contended with Kurt narrowly missing out on a medal in a split decision.

Moira resident, Jason picked up a gold medal in the 100m T13 classification at the Paralympic Games. The final came down to the wire with Jason beating the Algerian athlete by one-hundredth of a second to take his sixth career gold medal.

Speaking about the bursary, Jimmy Walker, Chair of Sport Lisburn and Castlereagh said, “We were delighted to recognise the achievements of both Kurt and Jason at the Tokyo Olympic and Paralympic Games. Having two athletes from the council area compete on a world stage is a fantastic achievement and shows the quality of the clubs and coaches in our communities.

“I hope that the bursary can help support Jason and Kurt with their future training costs as they continue to represent the council area at major competitions across the world. I have no doubt that I will hear many more success stories as the sporting calendar unfolds.”

Councillor Sharon Skillen, Chair of the Leisure & Community Development Committee added, “Taking part in the Olympics and Paralympics is the ultimate goal for many athletes when they start out in their sporting career. We are immensely proud of Kurt and Jason’s achievements. I know their ambition and success will inspire many young people in our council area to follow their dream and reach the highest level in their sport.

“I would like to thank Sport Lisburn & Castlereagh for their continued commitment to both elite athletes and local clubs to help nurture and encourage the enormous talent we have on our doorstep.”