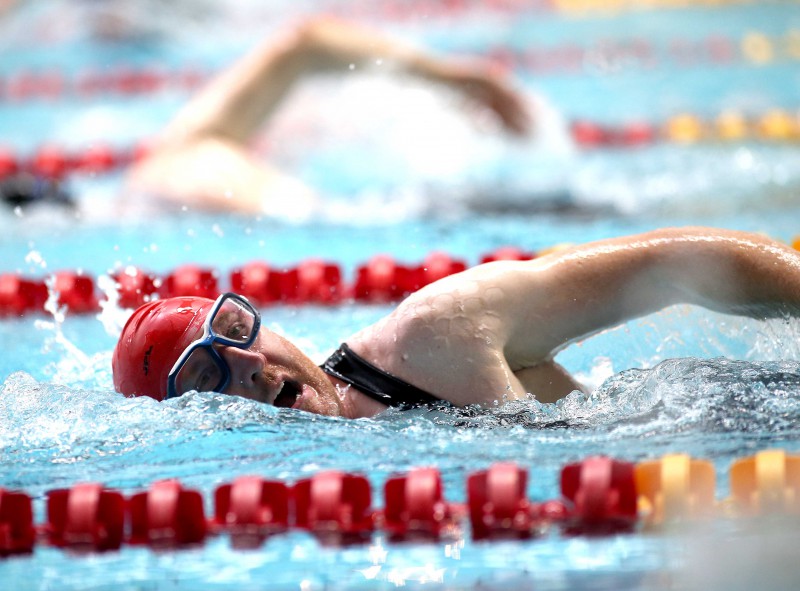 Over 150 participants surpassed their fitness levels when they took part in the 2019 Lisburn City Triathlon and Aquathlon at Lagan Valley LeisurePlex on Sunday 28th July.

Organised by Lisburn & Castlereagh City Council, in conjunction with Triathlon Ireland, the Triathlon involved a 750m pool swim, 24km cycle and 5km run. The Aquathlon, for children aged 16 years and under, consisted of a 200m pool swim and 2km run.

In the Aquathlon, talented fitness fanatics got their moment to shine, with Sean McGrady taking top honours in the boys under 16 section and Connie Crothers finishing in first place in the girls under 16 event.  In the boys under 12 section, Finlay Mayne finished in first place, while Aine McGrady celebrated coming first in the girls under 12 section.

The Vice Chairman of the Council's Leisure & Community Development Committee, Councillor Hazel Legge said: “I would firstly like to congratulate everyone who participated in the 2019 Lisburn & Castlereagh Triathlon and Aquathlon. An event of this kind is considered one of the toughest, which is no mean feat!  The rigorous and consistent level of training that goes into preparing for an event of this nature is simply inspirational and an achievement in itself.  I have a tremendous amount of admiration for all participants who have literally pushed themselves to the limit to achieve their goals. Everyone should be extremely proud!

“The council take great pride in hosting sporting events that provide a stepping stone to physical activity and to promoting a healthier lifestyle, both physically and mentally. We want to do our bit to ensure that everyone has the opportunity to change their lives for the better, with longevity very much at the forefront.

“I would like to thank the Lisburn Triathlon Club and Triathlon Ireland for kindly supporting the event and look forward to working together to build on the success of the event in years to come.”